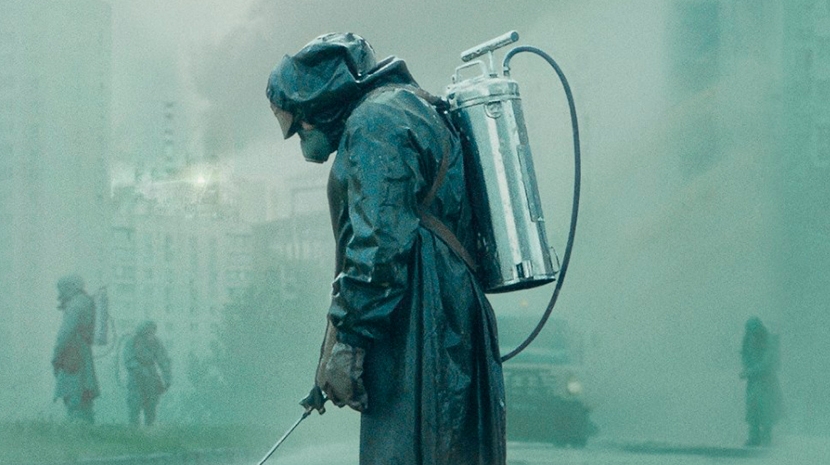 The tragedy that Ukrainians have faced, battling the consequences of the Chernobyl accident, prevented us from seeing something deeperbehind a highly artistic illustration ofthe 1986 events in the TV show “Chernobyl”. The series utilizes metaphors to demonstrate the potential results of misunderstanding and silencing the disaster that occurs in 2019.

With the release of the HBO’s American-British series “Chernobyl”, Wikipedia’s page on Chernobyl disaster became one of the most popular among English articles. Hundreds of thousands users across the world visit the page daily.

Ukrainian Wikipedia has also had a breakthrough: the corresponding article and the names of liquidators were included in the TOP-10 queries.

The show received the highest viewer ranking in the IMDb’s (International Movie Data Base) history, surpassing both famous “Breaking Bad” and “Game of Thrones”.

The tragedy that Ukrainians have faced, battling the consequences of the Chernobyl accident, prevented us from seeing something deeper behind a highly artistic illustration of the 1986 events.

The authors found the genius parallel to what is happening today.

Humanity in 2019 is not on the threshold, but in the epicenter of the unfolding catastrophe.

All this develops in the atmosphere akin to the Soviet one during the Chernobyl disaster: the scientists are beating in alarm; the government assures everything is under control, and the ordinary people do not understand the catastrophe’s scale – the catastrophe that has already taken millions of animal lives.

The authors also emphasize the show’s relevance today. As director,Johan Renck, noted in his interview to “PRI” (May 7, 2019), “…we have an acute urgent situation in which we're killing this planet and we have people who deny that because it goes against their business ideas. So, yes, for sure [the show draws attention to climate change]”.

The writer and producer of “Chernobyl”, Craig Mazin, who has Ukrainian roots, in his interview to the “Voice of America” stressed that the series’ story is important for everyone, as we are currently facing a global war with the truth.

“Chornobyl’s story is a story of what happens when we lie or ignore the truth; when the government pretends that the truth is not the truth. However, the truth is the truth, and eventually we will pay the price for it. The ordinary people will be the ones to pay it, not the government,” he said.

On May 1, 1986, Kyiv held a holiday demonstration. The government hid the danger, the scientists’ voice went unheard by the public, and the citizens did not know the truth of the disaster.

Can you imagine the results if someone conducted a sociological poll that day, asking if people considered the Chernobyl explosion a problem? As there were some rumors, perhaps, 10-20% would have answered “yes”. Nevertheless, the total majority was clueless under the government’s misinformation.

The same situation is occurring today. There is a global war with the truth, which Craig Mazin names as the main idea of the series.

According to a 2018 poll, only 16% of Ukrainians consider climate change a problem, including the fact that this catastrophe is thousands of times larger than the Chernobyl disaster – even though it is more spread-out in time.

The main victims of our inactivity today are our children rather than us. This fact is metaphorically illuminated through one of the characters in the show. No spoilers, but pay attention to a powerful image in episode four, elucidating how we pay with our children’s lives for doing what we’re used and want to do today.

According to the scientists’ estimations, we are the last generation of adults who can stop climate change and give our children a chance for the future.

It is difficult to imagine a single being that will not be affectedby climate change in the nearest future. Which threats our children will face?

Natural disasters. The increase in the number of hurricanes, droughts, floods, abnormal heat and cold, the overall increase in average temperature on the planet -- all theseare consequencesof the greenhouse effect.

Victims among the civilian population. Natural disasters easily target vulnerable categories of people who are not able toreact promptlyto danger. These are elderly people, sick hospital patients, children, and people with special needs.

Increase in the number of refugees. The melting of glaciers increases the ocean level and causes the flooding of the coastal areas. Millions of people will lose homes, being forced to migrate deeper into continents.

Growth of unemployment. People who are forced to leave their habitual conditions will face the lack of demand for their profession or too much competition.

Hunger, poverty, outbreaks of epidemics. Not all population groups have enough savings to provide medical care and build a new life.

Struggle for resources. With the population increase in certain regions, there might be a struggle for access to drinking water, food and other resources. At the global level, this may even cause inter-ethnic conflicts and wars.

Mass extinction of species. Many species will not be able to adapt to the rapid increase in average temperatures and are doomed to extinction.

Some may perceive this list as science fiction, which depicts the events of a distant future. Unfortunately, every single one of these problems exists and worsens at this very moment.

Scientists have already recorded the beginning of the largest extinction of species since the disappearance of dinosaurs. According to their findings, about 110 species of animals and insects die every day on Earth.

Doubtlessly, "Chernobyl" has a high value as a chronicle of historical events, a picture of the heroism of those who saved the world from an even greater disaster.

Nevertheless, this series is not only in honor of those who died in this horrific disaster. I also saw hope for the alive and unborn, who will be able to unravel the truth and prevent the worst of the scenarios – the extinction of every form of life on our planet. Misunderstanding and silencing the today’s catastrophe may lead to these consequences. 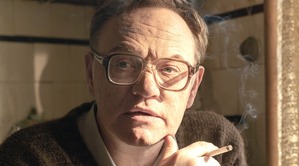 It is a weird thing that Russia is trying to defend the reputation of the Soviet state - Jared Harris, actor of Chernobyl series