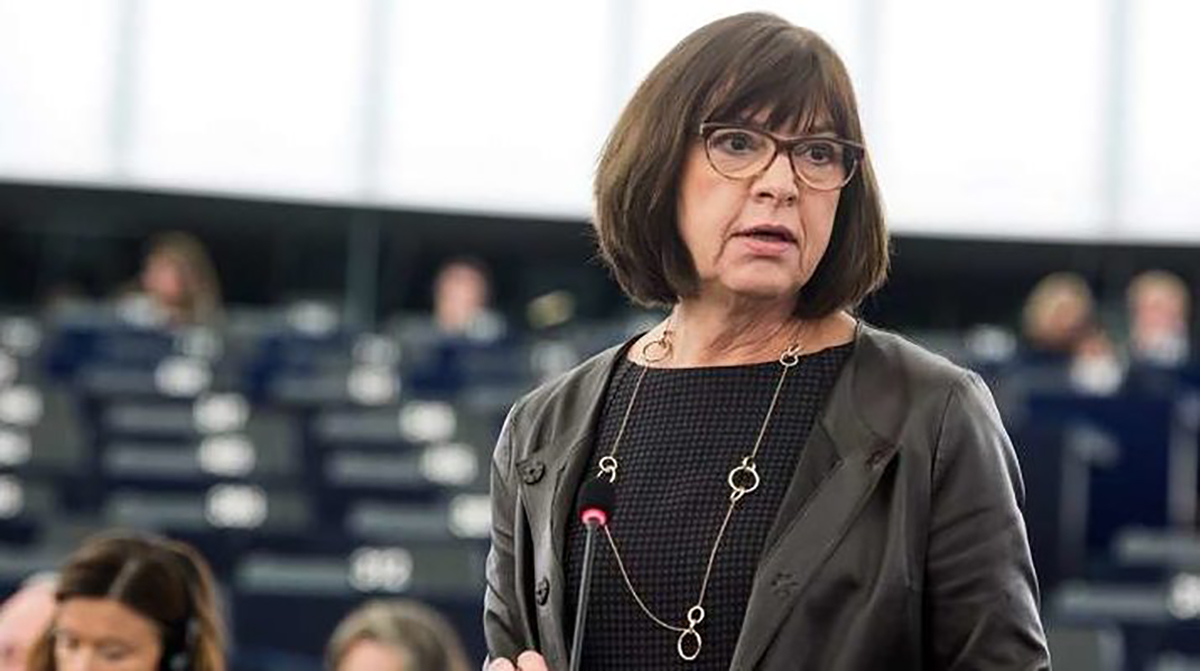 The German politician is outraged by PACE’s decision on Russia. Member of the European Parliament from Alliance 90/The Greens party and documentary director, Rebecca Harms, believes that Russia’s return to PACE would untie the Kremlin’s hands and provoke an aggravation of the “frozen” conflicts supported by Moscow. In her interview to “Apostrophe”, the politician commented on the PACE’s June 3 resolution on Russia.

- What are the risks of Russia’s return to PACE?

- If Russia returned, ignoring PACE’s resolution and the decision of the European Court of Human Rights and the International Tribunal for the Law of the Sea, the Council of Europe would more than just lose its credibility. It would contradict its very purpose and reasons for being founded. Putin would split the EU if he managed to return Russia’s delegation without specific conditions.

- How should the West deal with Russia?

- The West has decided that there is no military solution to the problem of Russia occupying Crimea and leading the war against Ukraine. They decided to restore Ukrainian sovereignty and stop Putin’s aggression through diplomatic means. To demonstrate the fact that Russia violated international laws in 2014, the West preferred to use personalized and economic sanctions.

This strategy might still work, but only if the West is united and does not compromise its own decisions. In particular, the US has to be persistent and prolong sanctions if Russia ignores Minsk agreements and violates the rights of Crimean Tatars and other Ukrainian citizens in Crimea.

Issuing passports in the occupied territories of Donetsk and Luhansk regions is a heavy violation of Minsk agreements.

Not only numerous cease-fire violations but also an attack in the Kerch Strait and detention of sailors proved Russia keeps up its direct aggression against Ukraine. It’s not the time to allow Duma’s delegation to return to PACE without any conditions. It’s the time to name clear conditions and impose more sanctions if those conditions are ignored. I numerously appealed to my country, Germany, with a request to stop the “North Stream – 2”. Doing business with Putin’s empire means inviting Putin to carry on with his aggression.

- Will the West be able to solve the Ukrainian problem if Russia returns?

- If Duma’s delegation returns without fulfilling any of the many previous resolutions, adopted due to the violation of Ukraine’s sovereignty and human rights, it would violate the basis of Minsk agreements. I still can’t believe that Germany and France risk it because they want a “normal” relationship with the European country that leads a war against its neighbors.

I am also afraid that this would worsen the perspective for many “frozen” conflicts in the countries of the Eastern Partnership and the Western Balkans. It would be a black day even for the opposition and Russia’s civil society, as the European Court’s decision on their cases is also ignored by the Kremlin.

Ukraine won’t defeat Russia on its own, it should follow two tracks – Rebecca Harms

Ukraine won’t defeat Russia on its own, it should follow two tracks – Rebecca Harms

Firtash got stuck in Austria: who blocks his extradition to the US