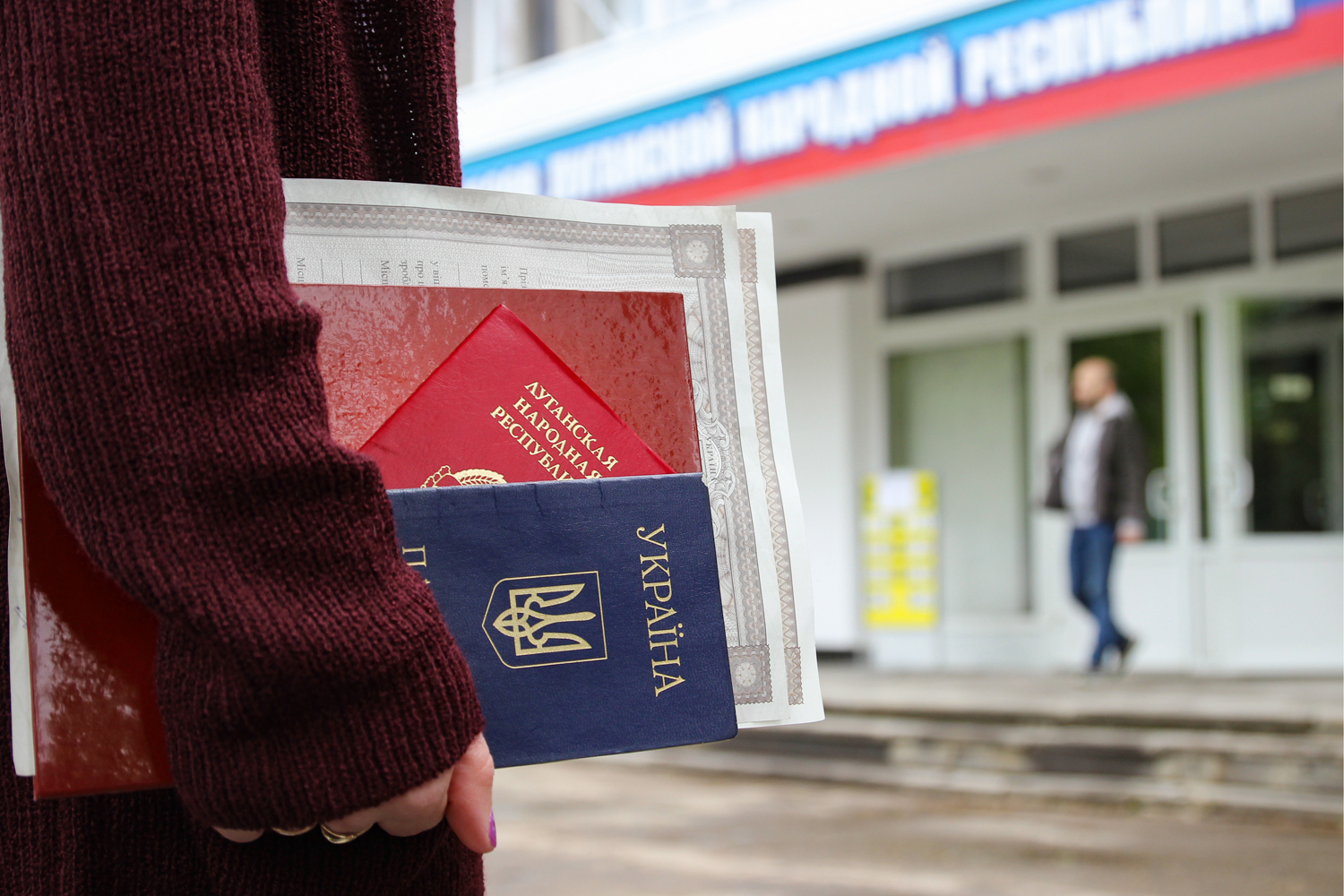 At the end of April, Russian President Vladimir Putin signed a scandalous decree, according to which all residents of the occupied territories of Donbass could obtain Russian citizenship, and even according to an accelerated, simplified procedure. The document made a lot of noise both in Ukraine and abroad, however, in addition to high-profile statements, no new sanctions against Russia followed, so on May 1, Putin issued another decree, significantly expanding the list of categories of Ukrainians who could apply for Russian citizenship under the simplified procedure. And while Kyiv thinks over the adequate answer to the Kremlin, residents of the occupied territories already with might and main formalize documents necessary for obtaining the Russian passport. "Apostrophe" tried to sort out why it is necessary for the civilian population of Donbass and how the process takes place.

How a passport may be received

Now all Ukrainians who are registered in the occupied territories can apply for the passport of the Russian Federation. The process of accepting applications for passports of the Russian Federation started the isolated districts of the Donetsk and Lugansk regions on May 3. For example, a point of reception of documents was opened in the office of the so-called Migration service of the fake Ministry of Internal Affairs of the DPR in Donetsk. There is now only one such point, but since Tuesday, May 7, the occupation authorities promised to accept documents in all territorial divisions of "migration service" (in the territory of DPR there are 33 of them).

And while the bureaucratic machine of the invaders was filtering applicants of a foreign citizenship through the narrow neck of one point, a new kind of queue - passport queue - appeared in DPR.

"However, on the first day of receiving applications near the "migration service" no special excitement was not observed: during the whole day 200 people came, - Donetsk resident Serhiy told to "Apostrophe". - By the way, there are more men than women in the queue, and men, as we say, of military age, thy are getting legalized, probably".

But, as the residents of the isolated districts of the Donetsk and Lugansk regions noted, the real queues were formed not at the doors of the so-called migration service but in the passport offices of the sham republics, because passports of DPR, not of Russia generated really lots of buzz.

"The holiday of the Russian passport was crumpled because of the requirement to have a passport of the DPR in the set of documents, - Donetsk resident Serhiy said. - Therefore, the real excitement now is around the passports of the DPR. Those who got them before are happy now, and those who just rushed to get it, are facing crash and burn: the passport can be obtained in a month or six months. It may not be provided at all without explanation of any reasons." 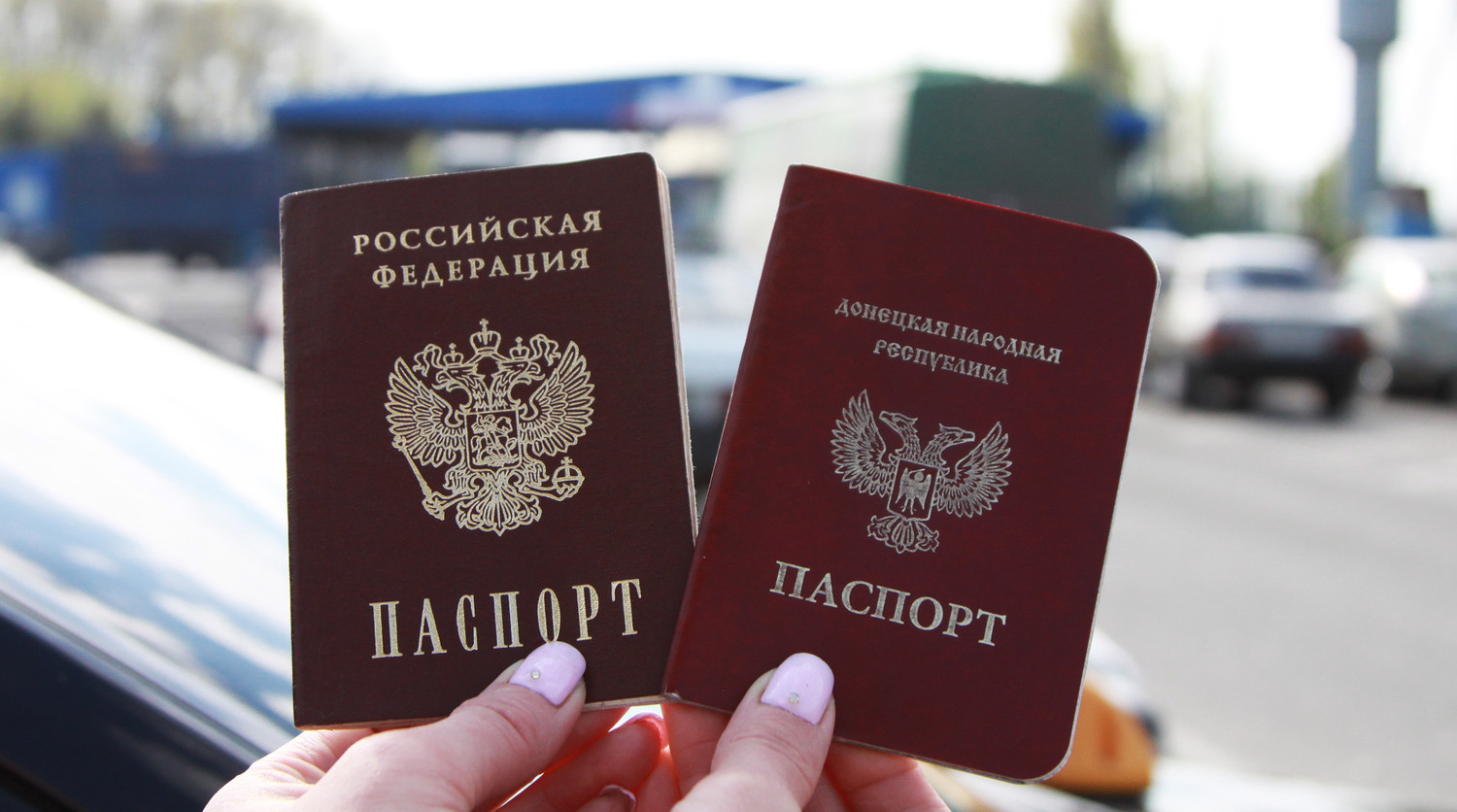 However, if the "passport" of the DPR exists (and, according to the local administration, almost 300 thousand people have such passports), the occupation authorities promise to transfer full packages of documents, to the migration Department of the Ministry of Internal Affairs of Russia in the Rostov region. If it takes a decision about issuance of a passport (within three months), one can take out the document of the Russian sample only personally on the territory of the Rostov region. But before that one will need to provide the fingerprints to the Russian Ministry of Internal Affairs and take the oath of a citizen of the Russian Federation.

By the way, invaders treated this activity on a grand scale: the applicants, on whose cases positive decisions are taken will be transported to Rostov by specially designated buses.

How much does it cost

The residents of the occupied territories tried to get Russian citizenship, of course, long before the decree of Vladimir Putin. Various kinds of consultants and lawyers helped them in this. The cost of their services ranged from 50 to 300 thousand Russian rubles. However, after the decree of Putin, the need for the services of such dealmasters vanished, since prices decreased significantly.

Now applicants for Russian citizenship need to pay only state fees: RUB 3,500 for admission to citizenship and another RUB 300 - for the document with a two-headed eagle itself. To issue a Russian foreign passport, one will have to pay additionally RUB 2,000 or RUB 1,000, if the document is issued for a child under 14 years.

"But since the queue is now mainly for passports of the DPR, and people take up places in lines starting from five in the morning, when the curfew ends in Donetsk, in queues there are especially cunning people who offer to sell their place to speed up the process. The price is about a thousand rubles," a resident of Donetsk said.

However, these are not all the costs. All copies of documents that will be sent to Rostov, must be notarized, and this is a separate cost. Also, the Ukrainian passport, in addition to notarization, must also be translated into Russian, and this translation must also be notarized.

The residents of the occupied territories tried to get Russian citizenship, of course, long before the decree of Vladimir Putin 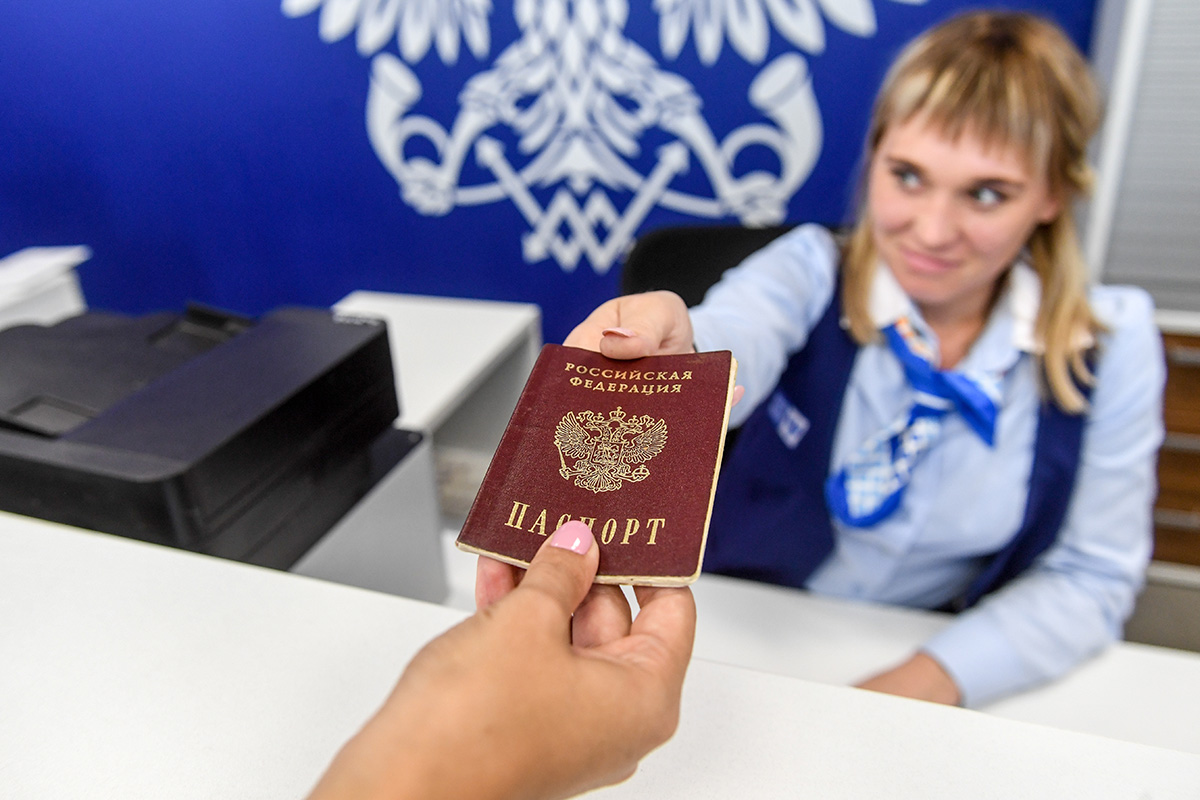 Why is it necessary

According to what the residents of the occupied cities tell themselves, most of those who surged forward to obtain Russian citizenship did it for two reasons.

"First, there is an opportunity to go to work as a citizen of the Russian Federation and get more money in Russia, because in the DPR there is simply no normal work. However, those who really wanted to get citizenship, have long gone to Russia and got it, - a resident of the occupied Makeyevka Anastasia said to "Apostrophe". - And, secondly, people apply for Russian citizenship, as they say, just in case.

By the way, a month before Putin's scandalous initiative, the so-called head of the DPR Denis Pushilin issued a "decree", according to which the "passports" of the fake republic should be received by the residents of the occupied territories, starting from the age of 14.

"Such coincidences, frankly speaking, frighten us, - Anastasia added. - Now thousands of people, including children, can obtain the documents of the DPR, because without them it is impossible to get the passport of the Russian Federation, and then Putin will say that it is necessary to negotiate with Kyiv and it is necessary to decriminalize people who supported the DPR. And how will it be possible to define who supported it? Of course, all those who have a local passport. But, after all, logically, if a person did not support DPR, he/she would not have received the document. So it turns out that the militia fighter will be on the same level with the civilian population and will not bear any responsibility."

On the other hand, no one forces to get a Russian passport, and hence - a "local" passport, too.

Locals note that Putin's decree will bring only problems, first of all, to hostages of militia fighter.

"People are really afraid that the last doctors and other specialists will leave Donetsk now. Medicine is already in a very bad situation, and what will happen then is not clear at all... although it is clear, of course, - the inhabitant of Makeyevka complains. - Frankly speaking, I still can't understand how people treat it. It's like they say, "Oh, good," but nobody jumps for joy. In 2014, if this had happened, it would have been more effective, and now everything is somehow sluggish. Moreover, it is not clear that there will be a residence permit, and whether in the territory of the Russian Federation, these documents will be 100% legal and fully valid. And whether people from Donetsk will be hired, because no matter what passport we have we are "Ukes" for them.

When Putin sent his tanks to Ukraine, many understood the 2014 Maidan - Danish historian

ohannes Wamberg Andersen, a journalist, historian and human rights activist from Copenhagen, shared his impressions from Maidan and talked about the tragedies that happened during the Revolution of Dignity

The number of individuals infected with the COVID-19 Wuhan coronavirus has grown to 60 thousand people, and more than 1360 people died

Ukraine is not Syria, yet it has similar problems – UNDP expert