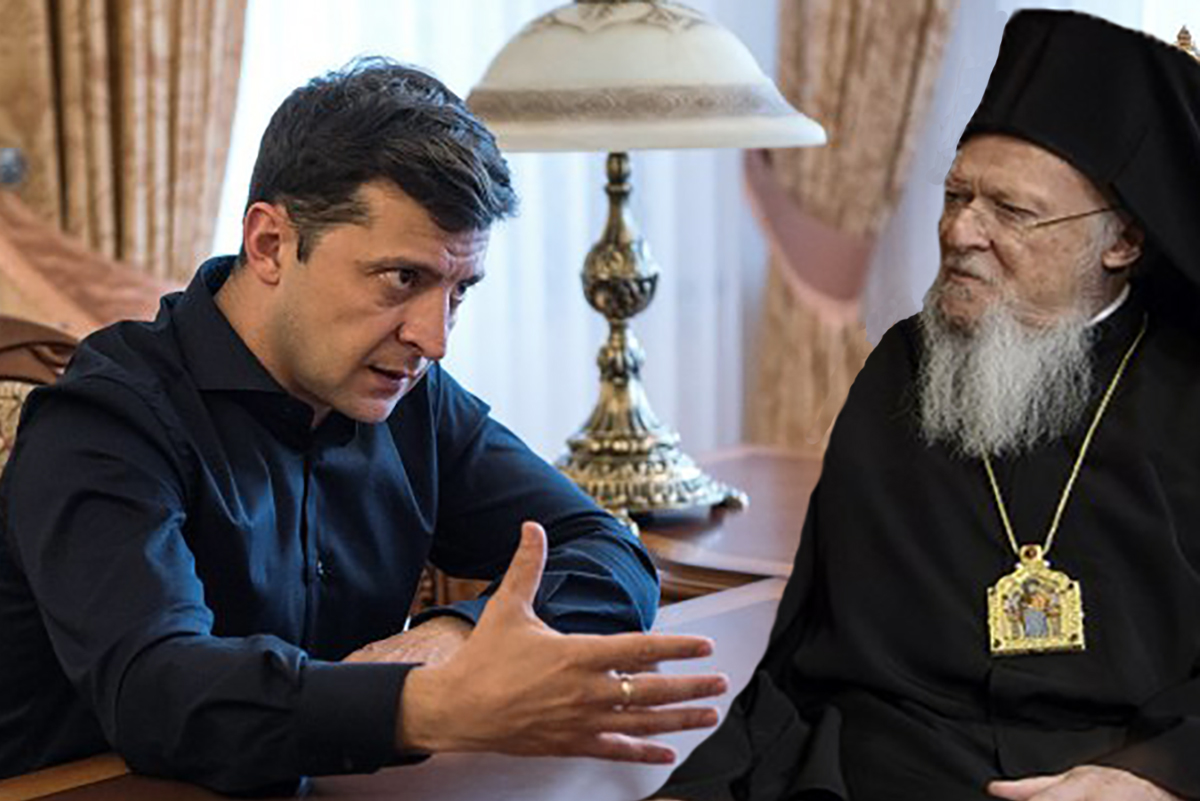 On Wednesday, August 7, the President of Ukraine Volodymyr Zelensky will go on an official visit to Turkey. In addition to talks in Ankara with Turkish President Recep Tayyip Erdoğan, Zelensky is scheduled to meet with Ecumenical Patriarch Bartholomew I. On the background of the crisis in Ukrainian Orthodox church, which has worsened after attempts to restore the UOC (KP) by the Hnorary Patriarch Filaret, the dialogue between the Ukrainian President and the Ecumenical Patriarch is expected to be interesting. "Apostrophe" inquired what to expect from this meeting.

It should be noted that during his election campaign and during the presidential cadence Volodymyr Zelensky never publicly supported any of the Orthodox churches of Ukraine. For example, after his victory in the elections, the President met with representatives of the UOC (MP) and the PCU, and even initiated a recording of the appeal of all spiritual leaders of Ukraine to the people. However, the Primate of the PCU in this video was not filmed (as it was reported by the media, it was because of disagreement with the text of the appeal), but that's another story.

The turning point was to be the Day of the baptism of Rus. Two of the most numerous Orthodox denominations in Ukraine - the UOC (MP) and the PCU - have planned processions of the Volodymyr hill in Kyiv on July 27 and 28, respectively. Zelensky did not come anywhere, posting only a statement on his Twitter.

"I urge the Church leaders to dialogue, because faith should unite, rather than divide Ukrainians," the President said.

With such a distancing from each of the churches, and indeed from the Ukrainian religious issue in general, Zelensky decided to meet with the Ecumenical Patriarch in Turkey, although he could probably do without this visit. In that case, why did the new President decide to discuss church issues with Bartholomew?

According to experts interviewed by “Apostrophe”, this meeting has several goals at the strategic level.

"I think that Zelensky wants to confirm the previous strategy of the ex-president, albeit not explicitly, but to indicate that Ukraine is in the field of influence of Constantinople, religious scholar Liudmyla Filipovych explained to "Apostrophe". – This indicates that despite all the fears that were about the Pro-Russian orientation of Zelensky's team, the President continues the previously chosen strategy, as he understands the danger of changing the course."

"This is an important visit of politeness, because the role of Patriarch Bartholomew in the formation of the Ukrainian Church cannot be overestimated, - religious scholar Ihor Kozlovskyi added to "Apostrophe". - There are still issues related to the process of unification of the Orthodox community, the aggravation of relations between the Ecumenical Patriarch and Moscow Orthodoxy in Ukraine, the understanding of the direction in which the PCU will develop. Yes, the state cannot interfere in these processes, but it must understand them."

"Systemic and consistent relations with Fanar were born under President Kuchma, they reached a high level at the time of Yushchenko's cadence and reached the apogee of the implementation of many plans at the time of Poroshenko. Therefore, it is absolutely logical that this historical period requires continuation. Therefore, both Fanar and the new President are interested in cooperation," the head of the Department of the Ministry of culture for religions and nationalities Andrii Yurash summed up, commenting on the situation of "Apostrophe".

In addition, in a situation when a religious issue can at any time become a catalyst for tension in society, Zelensky simply cannot ignore it, only speaking generally about dialogue and unification.

"Zelensky simply cannot ignore the religious issue, limiting himself to general words about dialogue and unification" 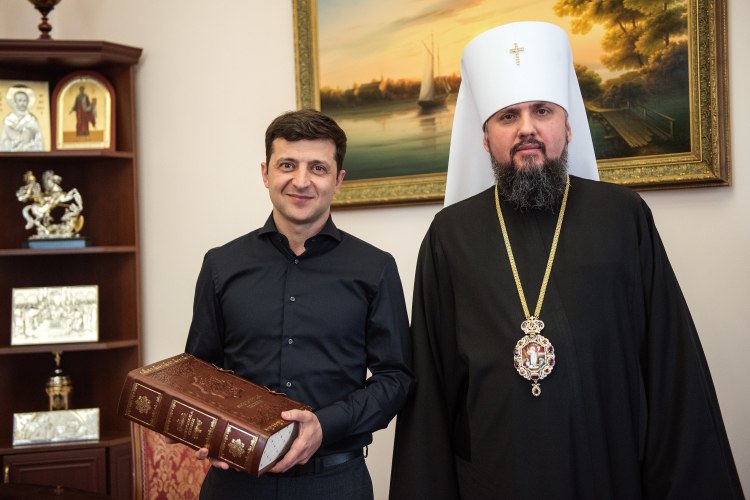 "On the one hand, it is good that the President distances himself from religious issues, as provided for by the constitution, but on the other hand, the President of the neighboring state does not distance himself from these issues and controls them," the head of the Parliamentary Subcommittee on state policy in the sphere of freedom of conscience and religious organizations Viktor Yelensky told to “Apostrophe” .

The crisis in PCU

Experts name several main topics concerning tactics and specific issues that can be discussed with Fanar,.

"It is no secret that the creation of the PCU and the receipt of Tomos on autocephaly, the participation of the Ecumenical Patriarch in the creation of the PCU is a product of both explicit and shadow agreements. And the President of Ukraine has to know about them - there should be no surprises in the relations with the secular authorities of Turkey in the future, – the analyst of the Ukrainian Institute of the Future Igar Tyshkevich explains to "Apostrophe". – Turkey is turning into a regional superpower, whose influence extends to Bulgaria and Romania. Bartholomew's permission for a church-political combination with the PCU was obtained from Erdogan in the context of the general Turkish policy. The Turkish authorities understand that reducing the influence of the ROC in the Orthodox states, they create better conditions for themselves. But at the same time, Turkey is in close contact with Russia on many issues."

"In Ukraine, there is the stauropegion of the Ecumenical Patriarch – St. Andrew's Church. Restoration processes are now being completed there, and regular liturgical life with daily or weekly services will soon be established. Accordingly, there is a whole range of issues that should be discussed in the working order," Andrii Yurash adds.

The practical issues can be attributed to the hint of the crisis inside the PCU. To recap, the honorary Patriarch Filaret announced the resumption of the UOC (KP) and even held his Council in June. 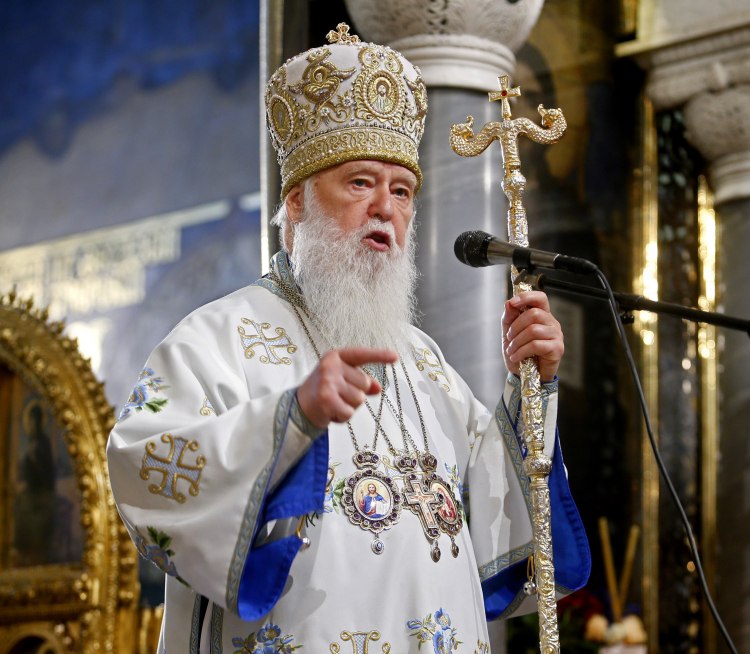 "In addition, there were a lot of speculations and accusations from those who were opponents of obtaining Tomos, so the two parties are also interested in discussing these pseudo-documents," Yurash says.

As for the unification of the Orthodox in Ukraine, this problem can also be the subject of discussion between the President and the Ecumenical Patriarch.

"Certainly, the problems of unification of the Orthodox in Ukraine will be touched upon, although it is not easy to achieve this,” Filipovych added.

However, according to Andrii Yurash, Fanar clearly understands the heterogeneity of the Orthodox community in Ukraine and its division into two branches, but they perceive this not as an acute problem, but as an objective reality, which means that this topic will not be further developed at the meeting.

"The first is the Orthodox trend, which wants its original, independent features, the second – the understanding that the development of the Orthodox Church is impossible without communication with Moscow. This is not just a formal division, it is a worldview division. This was understood by Constantinople and therefore it recognixed the local Ukrainian Orthodox tradition. Even in many decisions of the Synod it is said that the local Ukrainian tradition is recognized, but the existence of another one - subordinate to the Moscow Patriarchate is not disputed. This is the reality of life," Yurash said.

In general, none of the experts interviewed by “Apostrophe” was able to explain the logic of the President's actions and the expediency of this visit. Therefore, most likely, we will learn from the outcome of the visit what issues Zelensky intends to resolve there, and for now we can state the fact that the policy of President Zelensky is becoming more and more similar to the policy of President Poroshenko. But would it be more effective this way?

When Putin sent his tanks to Ukraine, many understood the 2014 Maidan - Danish historian

ohannes Wamberg Andersen, a journalist, historian and human rights activist from Copenhagen, shared his impressions from Maidan and talked about the tragedies that happened during the Revolution of Dignity

The number of individuals infected with the COVID-19 Wuhan coronavirus has grown to 60 thousand people, and more than 1360 people died

Ukraine is not Syria, yet it has similar problems – UNDP expert