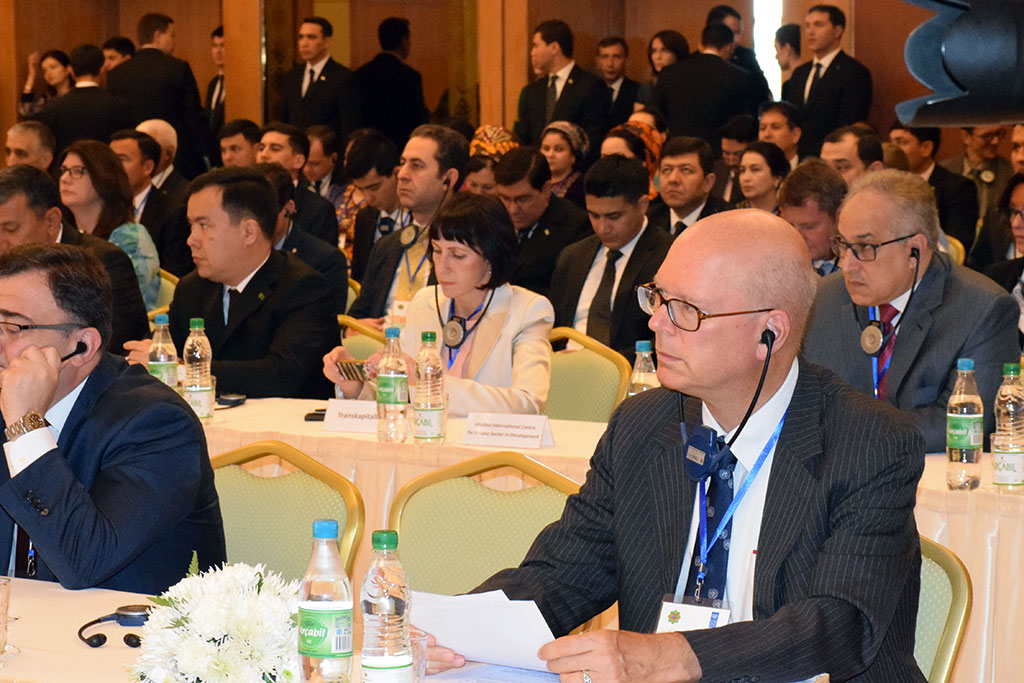 UNDP experts have issued a new human development report “Beyond income, beyond averages, beyond today”. According to its analysis, people are increasingly able to provide for their basic needs. At the same time, new forms of inequality emerge in the areas of education and access to technology. UNDP senior economist Ben Slay explained the reasons and solutions for the human development inequalities.

- This year’s UNDP report focuses on inequalities. There has been a lot of analytical work done on inequalities in the last five years. To add more value to this topic, however, one needs to evaluate inequalities in ways that go beyond simply income or GDP per capita. It’s important to reflect their intergenerational nature: if you are poorly educated today, you are likely to be poor tomorrow. The decisions made today may produce much bigger inequalities in the future. Thus, it is essential to understand their intertemporal nature – especially as concerns technology and climate change, which are, indeed, intergenerational. In terms of the metrics, you mentioned the Human Development Index. UNDP has adopted the HDI to reflect inequalities – the so-called “inequality adjusted HDI”. It reduces the country’s human development by the amount of inequalities in income, education and health. That’s an example of taking new approaches to reflect the arising challenges in dealing with inequalities. Hopefully, there are other ideas in this report that can be similarly useful and innovative, but that’s for the readers to decide.
- This year’s report says a new generation of inequalities in human development is emerging. What are these, and how do you think they could they impact sustainable development in Ukraine?

- The report focuses primarily on technology and climate change as new causes of inequalities. In Ukraine, for instance, you see a clear difference in higher education for women and men, as well as a gender gap in STEM education (science, technology, engineering, and mathematics). Training in STEM areas is considered particularly conducive to preparing people for jobs in the digital future. We see that while in Ukraine there are more women than men with higher education, by contrast, there are many more men with STEM higher education. It suggests that despite their good education background, women may be facing a future of unequal access to good jobs in the labor market. The second example is climate change and its ramifications. We know that certain parts of Ukraine are experiencing water shortages. A draught affected some parts of Ukraine in 2019. Although one can never be sure, most of the forecasts about climate change indicate there will be more arid climates and greater frequency of draught. That has implications for rural poverty – for the ability of farmers, especially small-scale farmers, to generate incomes and livelihoods they need to lead good lives. For example – I know this is not Ukraine, but it does have potential ramifications for Ukraine – the terrible civil war in Syria was preceded by a devastating 5-year draught. It caused many young men to leave rural areas of Syria and go to cities, where there were no good jobs. They became forces that could be mobilized in the conflict. Obviously, Syria is not Ukraine, but we do have social tensions. We do have conflict in Ukraine, and we have big migration of young people out of rural areas. So, if draught, as in Syria, were to exhilarate today, what would the future ramifications be? These are two examples, climate change and technology.

- The report also says that inequalities can accumulate over a person's lifecycle. How does that happen?

-Well, before we are born, if our mothers live in poverty, we are less likely to be born as healthy babies and children. We are less likely to have early childhood development and early childhood education. Therefore, we are less likely to succeed in school and go to university, thus developing the skills we need to have a good job. Then, the cycle of poverty repeats itself. Likewise, as we move through our working lives, if we don't generate good income, we are much less likely to make big contributions to pension funds. As a result of these lacking savings, we are more likely to be poor when we retire. This, in turn, underscores that the decisions our parents make today may have implications for us tomorrow, and the policies should reflect these tendencies.

- According to the report, the middle class in Ukraine’s region in shrinking: I think it says it has dropped by around 5 million between 2014 and 2017. Is this a symptom of rising inequality, and if so, how?

- The focus on the middle class is interesting for many reasons. For one, when we talk about inequality, we often think of the rich and poor. Sometimes, however, we are not sure we know what's happening with the rich and poor. With household budget surveys, for instance, the Donbas statistical offices may not reach the poorest people. Also, homeless people or internally displaced individuals are far less likely to participate in these surveys. Their situation might not be fully reflected in the official data on income and income distribution. By contrast, very wealthy people have all sorts of ways of hiding their income, as they're often afraid of taxes and other possible unfortunate circumstances. Thus, perhaps we should look at the middle to provide additional information about the overall state of society. How we, however, find the middle class? And how do we define poverty? It’s increasingly accepted that a threshold of $10 a day is good for measuring the bottom end of the middle class. If we do this, we have a sense of middle class in Ukraine, Russia, Poland, Germany – all relative to this $10 per day metric. Then, we find that a number of people living on $10 a day or more in Ukraine sharply declined between 2013 and 2015, as well as in some other countries like Belarus, Armenia and Kazakhstan. It’s about 7 million people between 2013 and 2015. Therefore, this system tells us what’s happening in the middle of the spectrum.

- If we could zoom in for a moment on the Human Development Index itself: Ukraine this year has an index of 0.75, placing it 88th out of the 189 countries covered by this year’s report. Can you unpack for us a bit how the index is calculated, what sort of components and indicators are used? Basically, what does this figure mean, and how does Ukraine compare with other countries in the region?

-Well, it compares favorably to some countries and less favorably to others. If we take Ukraine’s neighbors and go back in time, in 1990, Ukraine’s HDI was virtually identical to the HDI of Poland and Hungary. Since then, the HDI has grown in Ukraine, yet nowhere near as much as it’s grown in Poland, Hungary, and Slovakia in the last years. If you compare Ukraine to those countries, it doesn’t appear very favorable and raises questions regarding the differences. What accounts for them? Partly, it might be the EU integration, which also explains why so many Ukrainians are interested in closer integration with Europe. However, it’s not always the case. Your neighbor Moldova has HDI that ranks below Ukraine. Thus, it's up to Ukrainians to make these comparisons and for Ukrainians to decide whether they are satisfied or with the level of human development in their country.

-Skimming through the report, I noticed that Belarus, Kazakhstan and Turkey, all authoritarian or semi-authoritarian states, are classed as having ”very high” human development, whereas democracies like Ukraine, Moldova and Georgia are only “high.” Why is that? Shouldn’t being a democracy push Ukraine ahead of places like Belarus, which has had the same authoritarian ruler since 1994, in terms of human development?

- If you only compare Ukraine to the countries you mentioned, it makes it seem like democracies are a bad idea and authoritarian regimes are good. I remember a certain Ukrainian president who was overthrown in 2013 that may have had similar views, and that was ultimately unacceptable for many people in Ukraine. That being said, if you compare Ukraine to democratic Poland, Hungary and Romania instead of Belarus and Kazakhstan, you might criticize the quality of democracy instead. Nevertheless, they are democracies, and there are democratic elections – like in Ukraine. Judging by their HDIs, these countries had much more human development success than Ukraine. Why should democracy be a good idea for those countries but a bad idea for others? You can have these arguments and raise these questions; it is just not obvious what the answers are.

- The underlying drivers are ultimately people’s capacities to live long, healthy, and productive lives. It is their human capital, their skills, their attitudes, their behavior and willingness to invest in themselves, leading healthy lifestyles. While these factors depend on individuals, they also largely depend on governmental policies, investments in education and health. It is a lot better to focus on giving everyone a good education, especially in light of the technological changes and emerging jobs of the future. It is also integral to provide everyone with healthcare, including the elderly. This, in turn, would lead to lesser inequalities.

- The overview of the report ends by saying that it’s not too late to act on inequalities, but the time to act is now. Why the urgency?

- I think there are two main reasons. First of all, it’s a matter of fairness and justice. From a moral perspective, we shouldn’t delay making people’s lives better. The second reason, however, is that inequalities can be intergenerational. Children born into poor families are more likely to be poor in the future, as they are not going to benefit from education, healthcare, and other factors that would aid them in escaping poverty. The sooner we address the causes of inequality, the less likely we are to have the inequality cycle repeat itself.

- On the final note, what recommendations would you have for Ukrainian policymakers to increase human development? What would be the first steps to start?

- I think Ukrainians themselves would provide the best answer. If you ask my opinion, however, I think it’s worth starting with investments in education. Both basic and primary education, yes, but also technical education in order to help Ukrainians better take advantage of the digital economy opportunities. Ukraine also needs to adapt these opportunities for people with special needs. For instance, a person with disabilities, who is living at home and who can’t easily take advantage of public transportation, should have an opportunity to work as a programmer at home. This, in turn, would solve many problems – not only by creating more programmers and people able to contribute to the digital economy but also by addressing the inequalities that people with disabilities experience.

The same goes for young mothers with children at home, who are not always able to find good childcare and have to stay at home to work. These are just two examples of people who could contribute to and benefit from the digital economy.

All in all, the first steps would involve more inclusive employment opportunities, investments in education, better management of migration and preparation for the skills and jobs of the future. 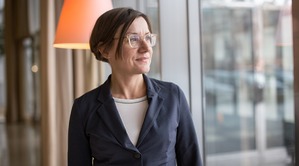 Church issues: what Zelensky will talk with Bartholomew about 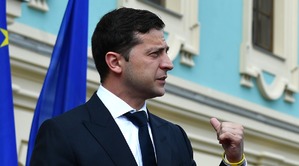 We need to talk: will Zelensky be able to expand the Normandy format